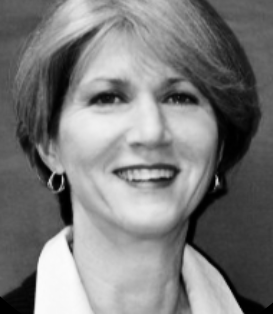 Welcome to the GAGOP 10th District website! The 10th District spans twenty-five counties, twenty-four of which have established Republican Parties.

Our counties represent a broad spectrum of Georgia, stretching from Barrow County and parts of Gwinnett in the north all the way to Johnson County in the south. We also claim part of Columbia County to the east and Henry County to the west. In between, we have areas as diverse as Athens-Clarke County, home of the Bulldogs, to Milledgeville, Georgia's antebellum capital, to beautiful historic towns such as Madison and Greensboro. Much of the 10th District is agrarian, feeding not only this country but the world as well.

Although our district has tremendous diversity, all of the counties in the 10th District share strong conservative values, as evidenced by the list of representatives we have sent to Congress, including Charlie Norwood and Paul Broun. Today, Jody Hice, staunch defender of liberty and the free market, represents us. We are proud to have a congressman we can count on to vote for laws that serve the people of the 10th District, rather than the bureaucrats in Washington, D.C.

Having been involved in the Republican Party for fifteen years, I can also say that we have talented and hard-working leadership throughout the district. County chairs and executive committees, as well as members of county parties, put in thousands of volunteer hours a year to hold monthly meetings, debates, workshops, and conventions. We knock on doors to get out the vote and make calls to encourage Republicans to stay involved. We participate in local events, such as spelling bees and deer festivals, so that people can see how much we love our communities. We provide toys for children at Christmas and collect school supplies to hand out in August because we want the young people growing up in our area to know that Republicans don’t just talk family and community values—we live them.

I encourage you to learn more about the Republican party and free-market economics by becoming involved in your county GOP. To see where it meets, click here: County Parties

Having served on the Athens-Clarke County Executive Committee in almost every position, including chair, and as Secretary of the 10thDistrict for many years, I pledge to serve the people of the 10th District and to do whatever I can to get conservatives elected to national, state, and local offices.